I’m so BORED! Have you ever said that? I would say that when I was a kid from time to time. One time I got the response that if I was bored that meant I was a BORING person. OUCH!

I have to agree though. Saying your bored is putting yourself in a victim state of mind. You’re waiting for something to magically happen to you so you’re not bored anymore. Accepting responsibility that YOU’RE BORING right now puts it back on you to do something about it.

As adults, we don’t usually say this out loud anymore, but we feel it inside. A lot of times we just ignore those feelings, stuffing them way down deep and getting on with our usual routines.

What does being bored as an artist look like? It looks like not having a desire to paint. It’s a feeling of apathy. It’s a loss of PASSION for what you do.

To be an artist is to be creative. To be creative is to get into what’s called the FLOW state. In order to get into the flow state, there have to be certain conditions present including focused time on a task and consistent practice fundamentals. Those alone won’t get you there though. The other ingredients are NOVELTY and RISK.

Some people won’t really care about this because they are truly BORING. They’ll just crank out the same painting over and over again spending years just slugging it out. Why? Because they’re just not that interested in growth. They’re settled in their comfort zone and they like it there.

For some of us though if we’re not growing we get this feeling like we’re dying and sink into apathy. If that’s you – if you’re feeling bored, have a loss of passion, and not feeling driven to create then you need to look at what and how you’re creating.

The remedy?  Being BOLD, taking RISKS!  Painting like you’re free-falling from a cliff. It’s scary, it’s exhilarating! You trust the process the whole way down and accept the fact that this might now GO GOOD.

The other thing is introducing something new, NOVELTY.  Whether that’s shaking up how you apply the paint, change up your subject matter, change up your color palette, or the size of your canvas. You know what will be new enough and risky enough to get that creative engine running again.

I was in this BORING place last week. This week I decided to shake it up by going BIG and BOLD. I tried colorful backgrounds I don’t usually do. I set up a big still life full of luscious roses and bold colors. My comfort zone said just grab a 16×20, but my PASSION said Nah….Let’s GO FOR IT! Grab that 20×24 (the biggest canvas I had in the studio) and let’s load the paint on as fast as we can, as bold as we can.

I squeezed out huge piles of paint and loaded the paint on gloriously. I had so much fun doing big bold shapes with gobs of paint and vivid color. I had a timer set so I would paint faster so I’d not have time to doddle and overthink. I enjoyed just laying pure unmixed colors on top of each other on the canvas. Swirling the paint into one another watching the magic unfold. Not knowing what would happen from it.

By the end, I was jumping up and down with GLEE like a little kid. I felt fulfilled and my creative PASSION restored and looking forward to the next chance I get to paint. 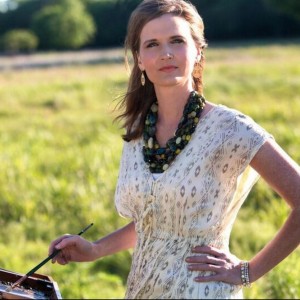 All Posts »
PrevPreviousOPA Virtual Western Regional Exhibition
NextWhere do you want to be in 6 months?Next